One of Sydney’s best cycling secrets is 40km of paths and quiet local streets from the south end of the Gladesville Bridge to Rhodes. On the south bank, you will pass through the suburbs of Drummoyne, Chiswick, Abbotsford, Five Dock, Canada Bay, Cabarita, Breakfast Point, Mortlake, Concord, Rhodes. On the north bank, you pass Putney, Tennyson Point, Gladesville and Henley.

I started with free parking at Taplin Park, close to Gladesville Bridge. Heading west, I kept as close as possible to the waterline at all times. Keep an eye out for small paths leading to bayside reserves.  From Chiswick wharfe, this remarkable Abbotsford Boat Shed looks straight out of last century.

Continuing round the bay you find the heritage-listed Abbotsford House with its own moat and history dating back to Sydney’s early days. Every time you find a new reserve, a bay, or a point another wonderful panoramic view expands before your eyes. The chimney stack in the lower image is the still-operating Bushell’s Factory. 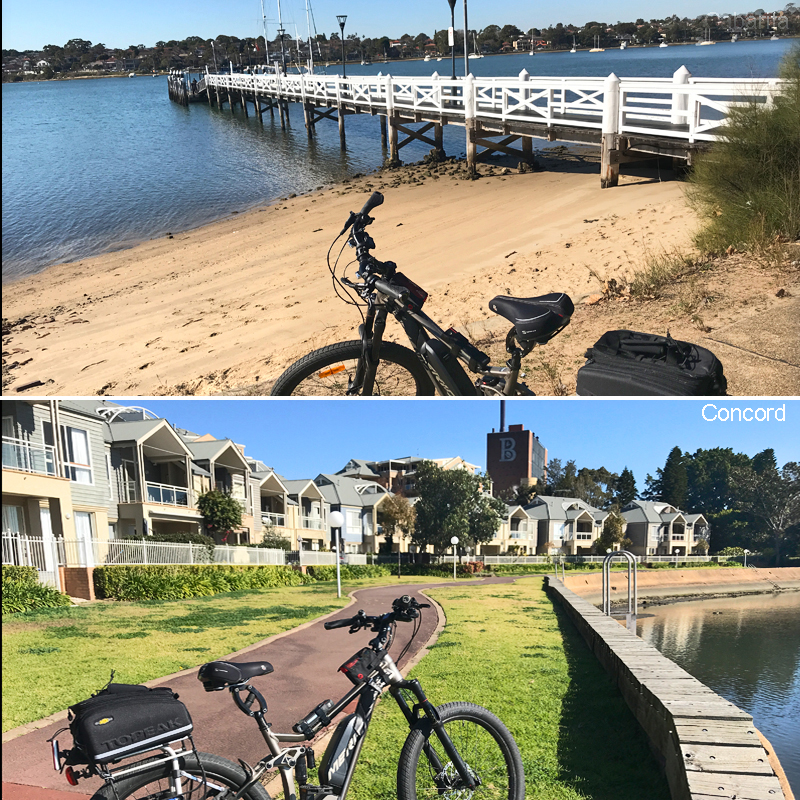 Another piece of early Sydney history not widely known is the Dame Edith Walker Estate. The rolling acreage and grand residences are open to the public and were bequeathed to the local community, never to be built out. At the back of the Estate is a lovely shared path that connects to the grounds of Concord Hospital. 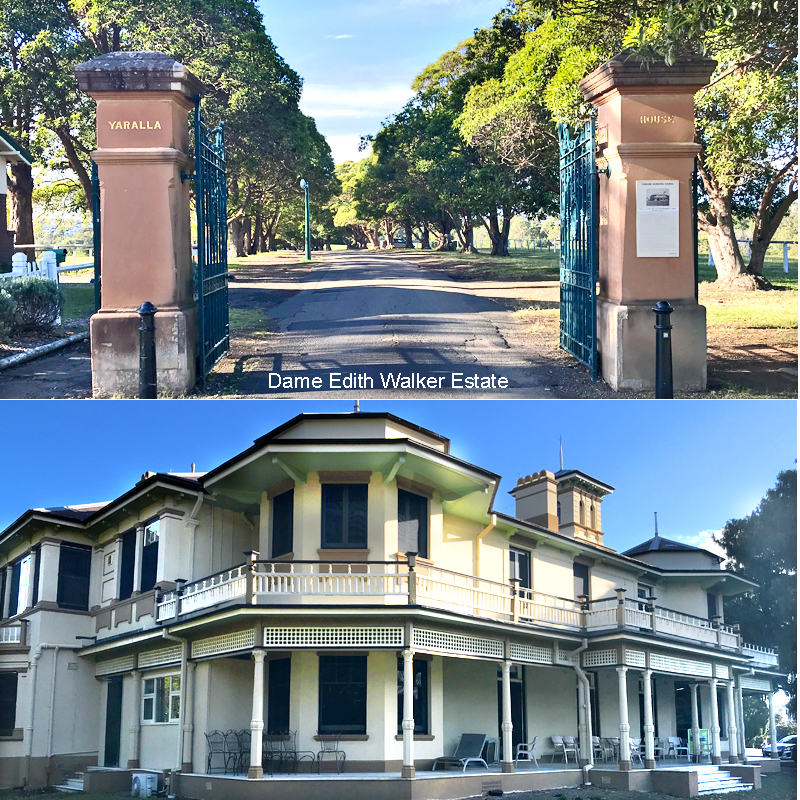 On the shores of Parramatta River, behind the modern Concord Hospital, is the impressive Thomas Walker Convalescent Hospital built in 1893. The Water Gate House and the old Hospital can be seen from the other side of the River.

From the Walker Estate it’s a short and scenic ride to crossing the Rhodes Bridge and joining the Ryde-Parramatta cycleway. Nearby, you’ll find a park with these oversize torches.

Once the river cycleway runs out, the route slows down as you wind through a couple of kilometres of quiet local streets. Stay as close to the foreshore as possible and you soon find reserves leading to and from the former Gladesville Hospital. It’s worth taking some time to explore these historic buildings and grounds.

Soon after leaving the hospital grounds you’ll find the Banjo Patterson Park. When you see the Gladesville Bridge in the background you know it’s the home stretch. The whole north bank leg of the tour is only 10kms, which tells you how much the 30km south bank route twists and turns around its bays.

I rate this one of the best Safe and Scenic rides in Sydney. For a variation, you could stay on the south bank all the way to the Olympic Park and even on to Parramatta, then return by Ferry. That would make a brilliant all-day tour of around 55kms.