Congratulations Australia: together, we are taming the viral beast.

While the city is still locked down, grab your two wheels and head into town to safely explore sights that you are unlikely to see when the crowds return.

My favourite angle on the great white sails

Unlike previous rides shown here, this one briefly skirts the foreshores before heading right into the city itself. Once I left the almost deserted Rocks, Quay wharves and Opera House, I went past the State Library, through the Domain, past the Art Gallery, into Hyde Park and the War Memorial, then down the Pitt Street Mall and George Street, into Chinatown, up to Sydney University, then back to the Bridge via the Fishmarkets and Pyrmont. 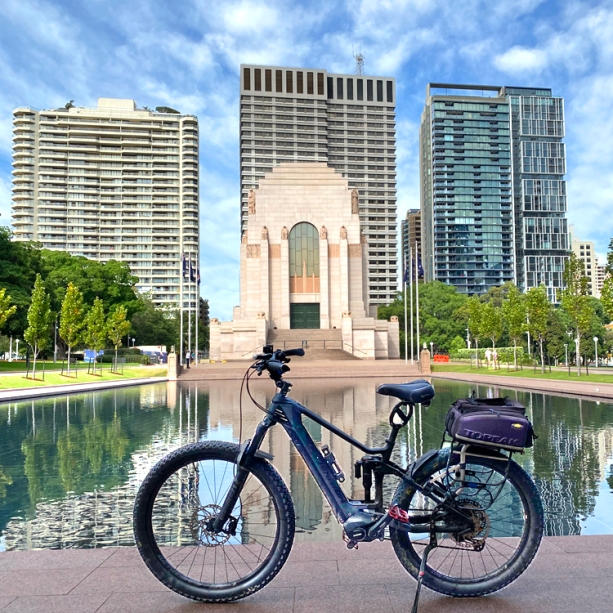 What a beautiful city!

This six and a half minute GoPro video tells the story. Set your viewer to high definition and see what a magic carpet ride through Sydney feels like.

Strava map shows the general shape of this 32kms, two and a quarter hours ride: