This is one ride that did not go according to plan. I loaded my ebike onto the back of the car and headed to Windsor with the intention of doing a 70km countryside ride to Penrith via Richmond. After checking out the historic sights of Windsor, I headed west around the RAAF Base Richmond (where I once was stationed).

After riding through Richmond, the footpath soon disappears then the bike lane gets smaller and eventually also vanishes. This breaks my golden rule of not riding on roads, so I turned around headed back to Windsor. It’s a pity because the rural scenery is lovely.

This is a popular local attraction, with kids everywhere, rowers training on the water, and a smaller lake where people pilot motorised boats and planes. But even taking your time, it’s hard to spend more than an hour here. 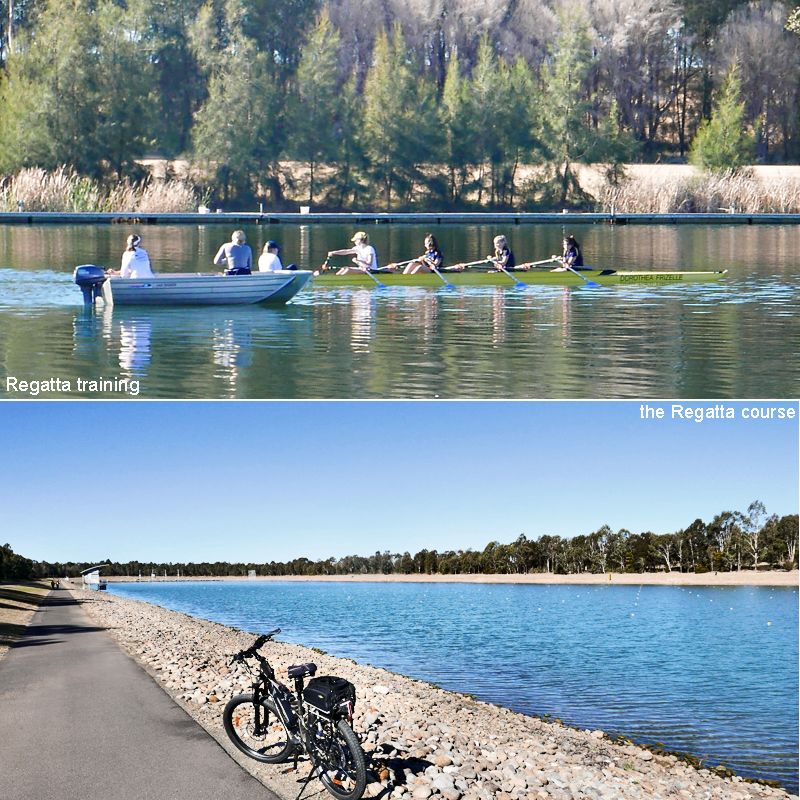 Once again I re-loaded the ebike and drove a short way past the Penrith Panthers Club where I found the scenic Nepean River pathway. It’s a delightful ride but the bridge to bridge loop is only about ten kilometres. 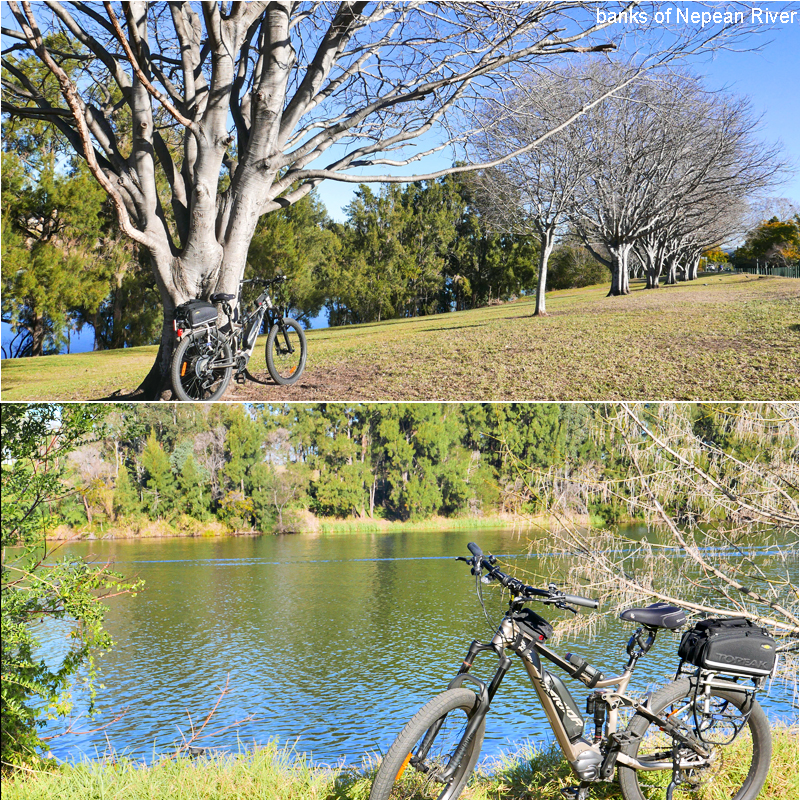 While I did not get my “big ride” on the day, I covered 47kms including my aborted ride to Penrith. This is an area very popular with road cyclists and there is a lot to see; but it is not bike-friendly for senior riders who are road-averse.