This turned out to be a remarkable ride.  I heard about the Murugan Temple and the Auburn Botanic Garden so the plan was to add them onto the regular Ryde to Parramatta Cycleway ride. This became a 47km 3 hour trip that was a fascinating cultural tour, taking in a Hindu Temple, a Japanese Garden, and a Turkish Mosque.

From my side of Sydney, the cycleway starts at the bottom of Dyson Street, Rude, but if you live closer to Parramatta or Homebush the ride could start in many places and be halved in length. Regular riders will recognise these two spots along the Cycleway.

When you pass these two bridges you will be near the University of Western Sydney. Google Voice Maps steered me across the Parramatta River then pass the classic gate to Parramatta Park.

Ten minutes later I found the spectacular Murugan Temple in the suburb of May’s Hill near the Great Western Highway. I left my shoes in the parking space provided and went inside but photos are not allowed. The ornate temple was full of worshippers so I did not stay long.

Back on the bike, Google steered me along the bike path that goes under the Highway. Within 30 minutes I found the Auburn Botanic Gardens, the highlight of which is the brilliant Japanese garden that was in full cheery blossom bloom. 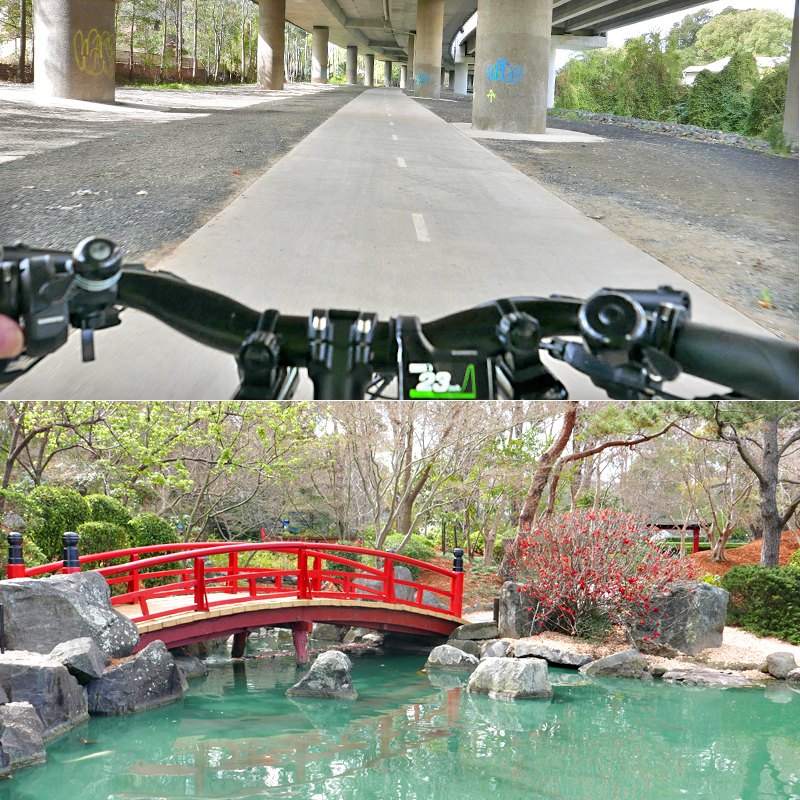 The Garden is popular with tourists and weddings so avoid weekends. It really is beautiful and was well worth the hour I spent walking around. The lower image is the Lake of Reflection.

As I rode back through Auburn I noticed two tall spires on the horizon and steered towards them. What a find! The Gallipoli Mosque is a Turkish place of remembrance and is a stunning monument. 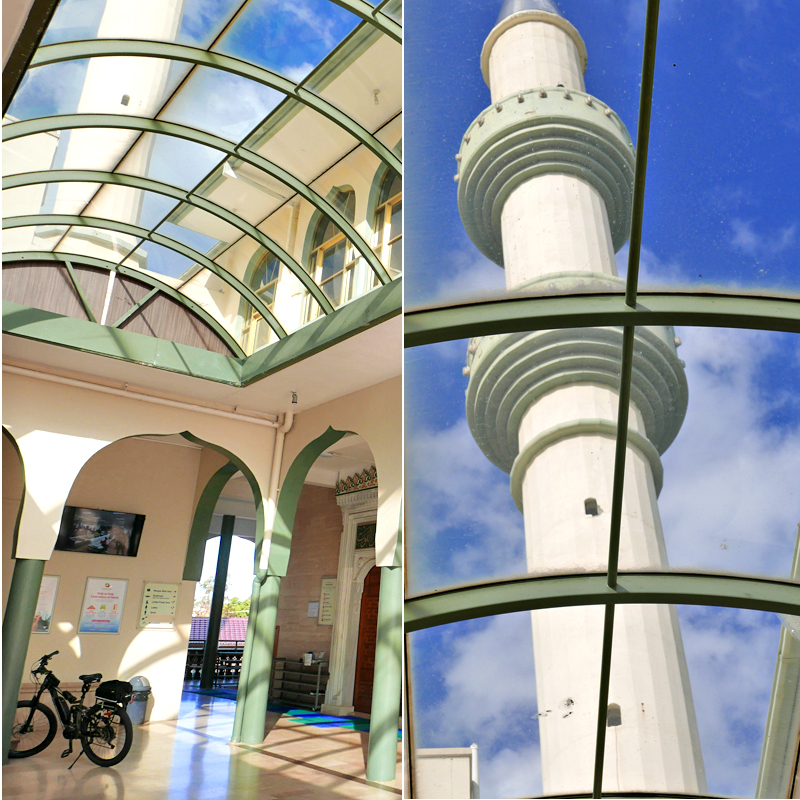 The enormous interior is something you really must see; the intricate architecture supports a massive raised central dome, and the walls are lined with ornate balconies. The spires are magnificent; photos do not capture the beauty of this building.

The Mosque is not far from Parramatta road, which soon crosses Silverwater Road. Within 30 minutes I’m over the Silverwater Bridge which reconnects me to the Parramatta Cycleway. It has been an amazing ride, all on paths and no roads. This gets a huge “Safe and Scenic” tick of approval from me.