It’s hard to get a long ride in the summer heat, so the plan was mount the bike by 7am and ride the most direct route from Manly to Church Point. I started near Manly Lagoon and followed a series of paths along Pittwater Road to Narrabeen Lake.

From the Lake, it’s not far to Mona Vale where I turned west onto paths that took me to Bayview and Rowland Reserve.

From Mona Vale you can ride on the Pittwater foreshore the entire way to Church Point, with gorgeous views everywhere. 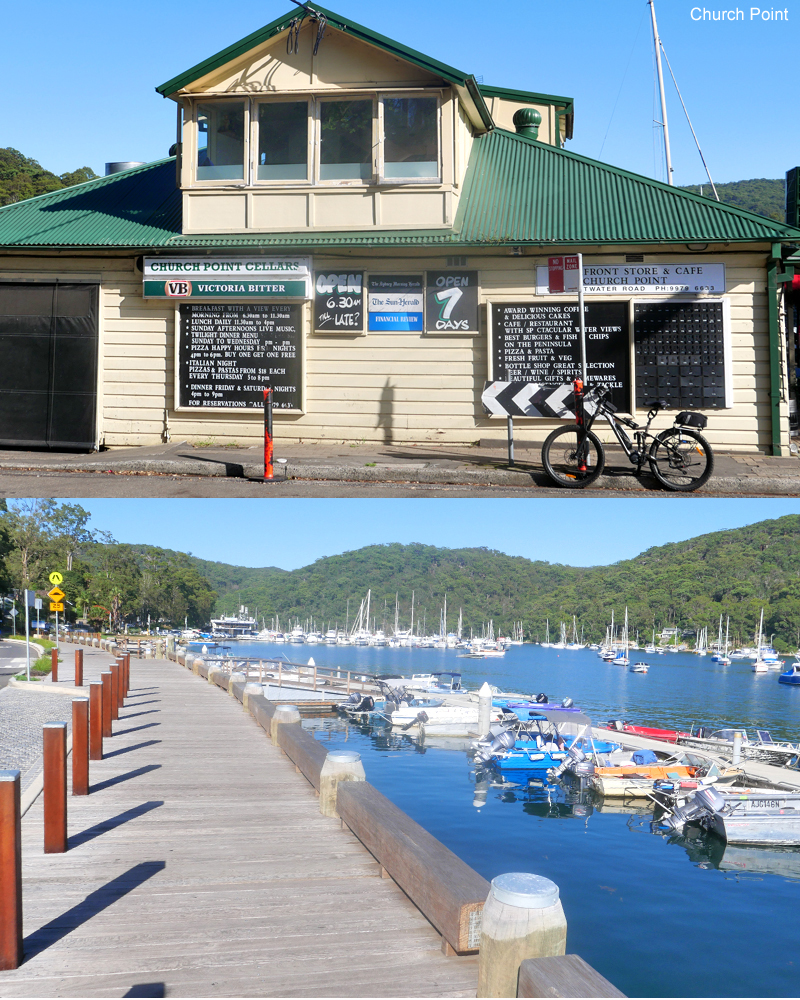 By now it’s an hour and half into the ride and the heat is rising, so I head back via the Warriewood Wetlands and Narrabeen Lake.

On the Lake path (just past the spot below), a three-metre long python snake was shooting the breeze trying to cool down. In the image below, he stretches from the top left to bottom right corner. It caused quite a stir; who said there were no snakes around here? It was good to get back to Manly.

I usually prefer to ride along the beaches, but this would have lengthened an already long ride at 54kms in three hours. Safe, scenic, and no roads ridden, it was still a great morning ride!