If your regular rides are starting to feel too familiar, pick a well-known route and create something different. I started this ride in popular Olympic Park and left my car not far from the wharf. With its own railway station, ferry wharf, and ample parking, the Olympic Park is an ideal launch pad for many rides.

From the wharf, I followed the familiar cycleway past Newington, Rydalmere Wharf, the UWS campus, and crossed the Silverwater Road bridge.

I then headed west under Google guidance towards Merrylands via the Motorway path, then joined Parramatta to Liverpool Railside Trail which runs under Merrylands Station. As you approach Cabramatta you pass the iconic viaducts under the railway. 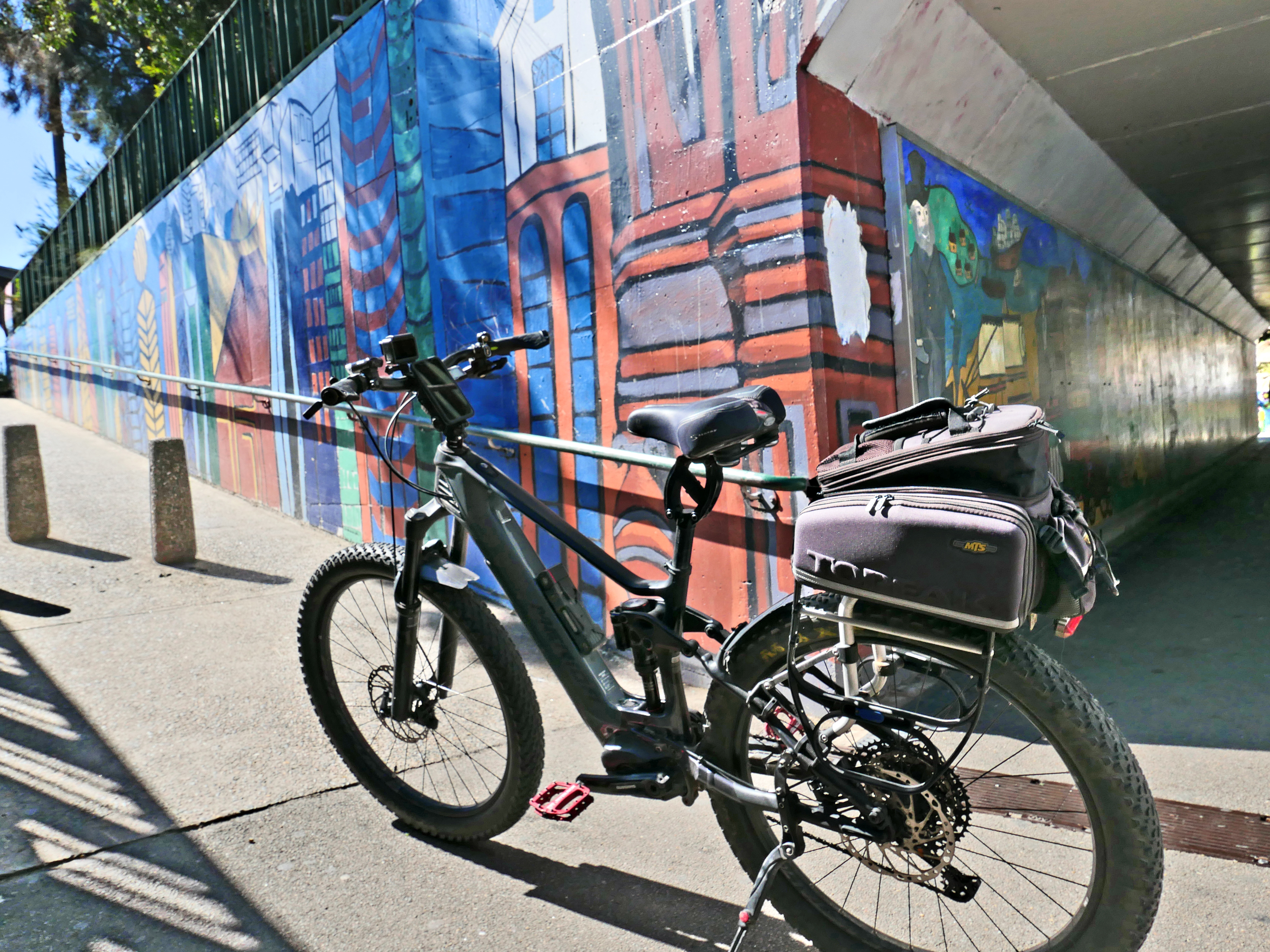 There are two temples in Canley Vale on the way to Lake Chipping Norton. The first is Buddist, the second is Vietnamese. 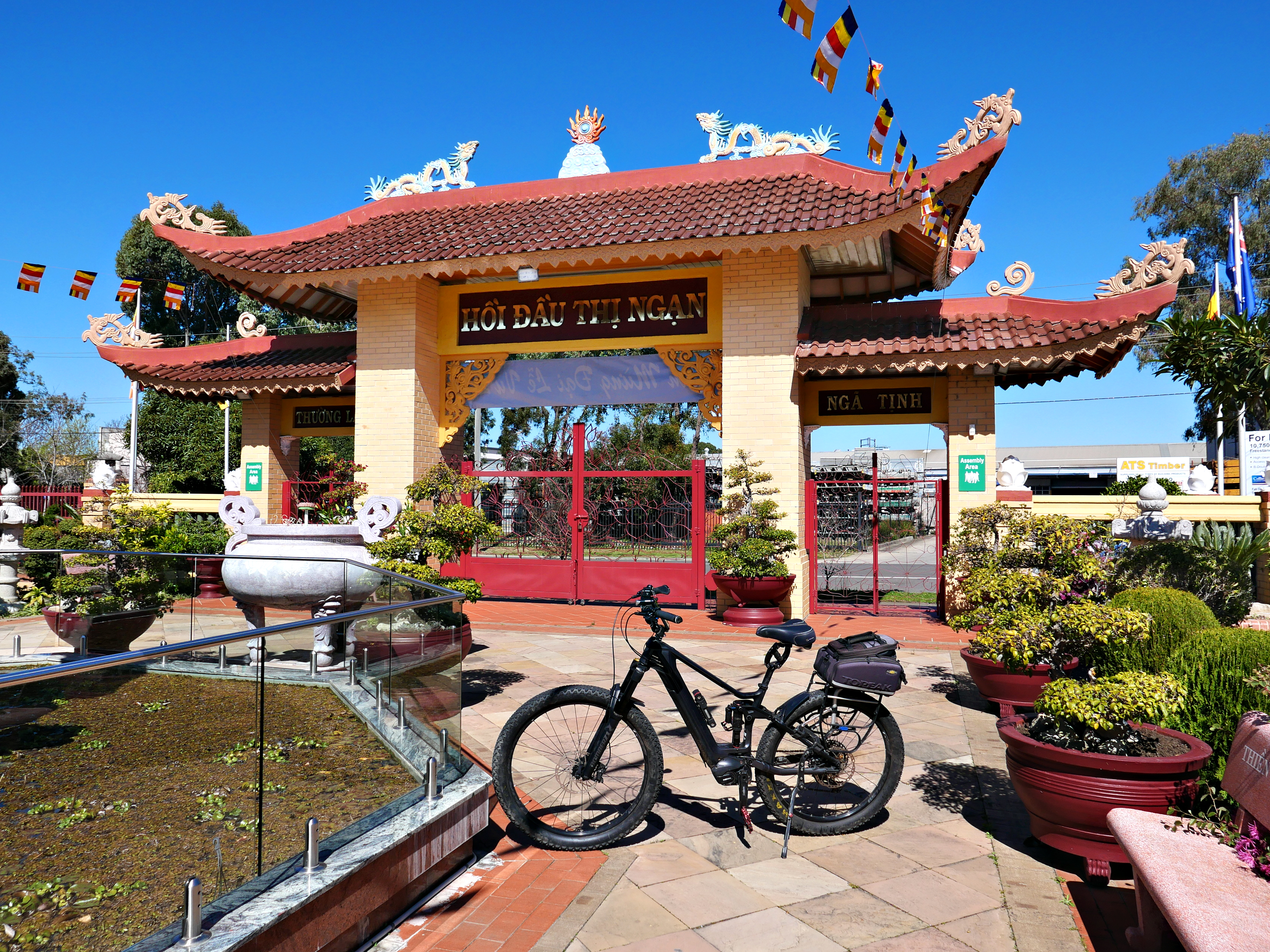 Just on the other side of the Hume Highway is the surprisingly large and spread out Lake Chipping Norton. It is a scenic ride with twists and turns around various creeks and rivers.

Leaving the Lake on the Liverpool side you pass the ageless Sydney Harbour Bridge replica in front of the Peter Warren Used Car yard.

I took the long way to my chosen turning point, the dilapidated Duncan Gray Olympic Velodrome and the Criterium Cycle Track. Neither are particularly interesting, but at least I can say I rode an Olympic Criterium Track. 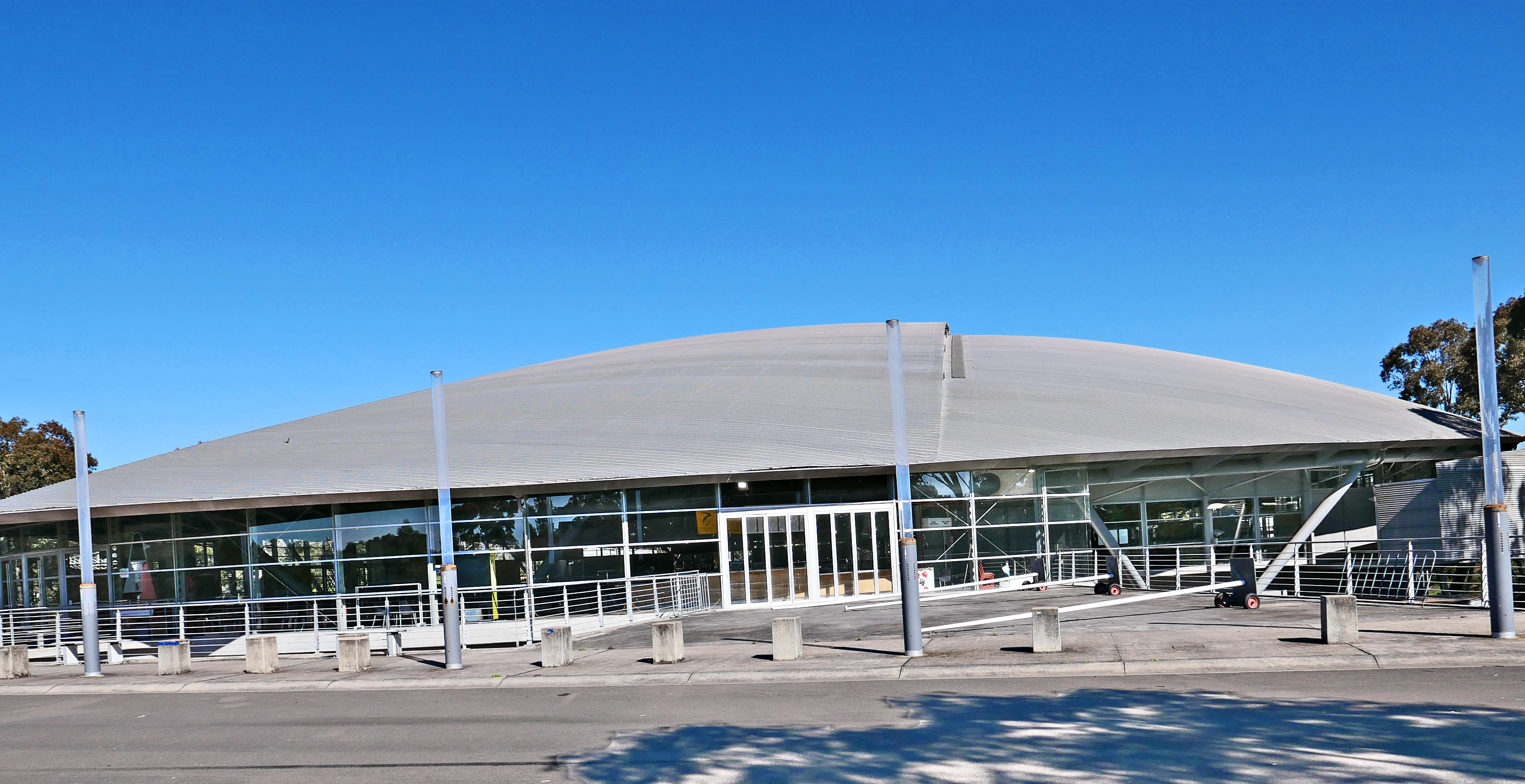 The way home under Google guidance was straightforward and much shorter, with the most interesting landmark being this Eastern Temple in Auburn. 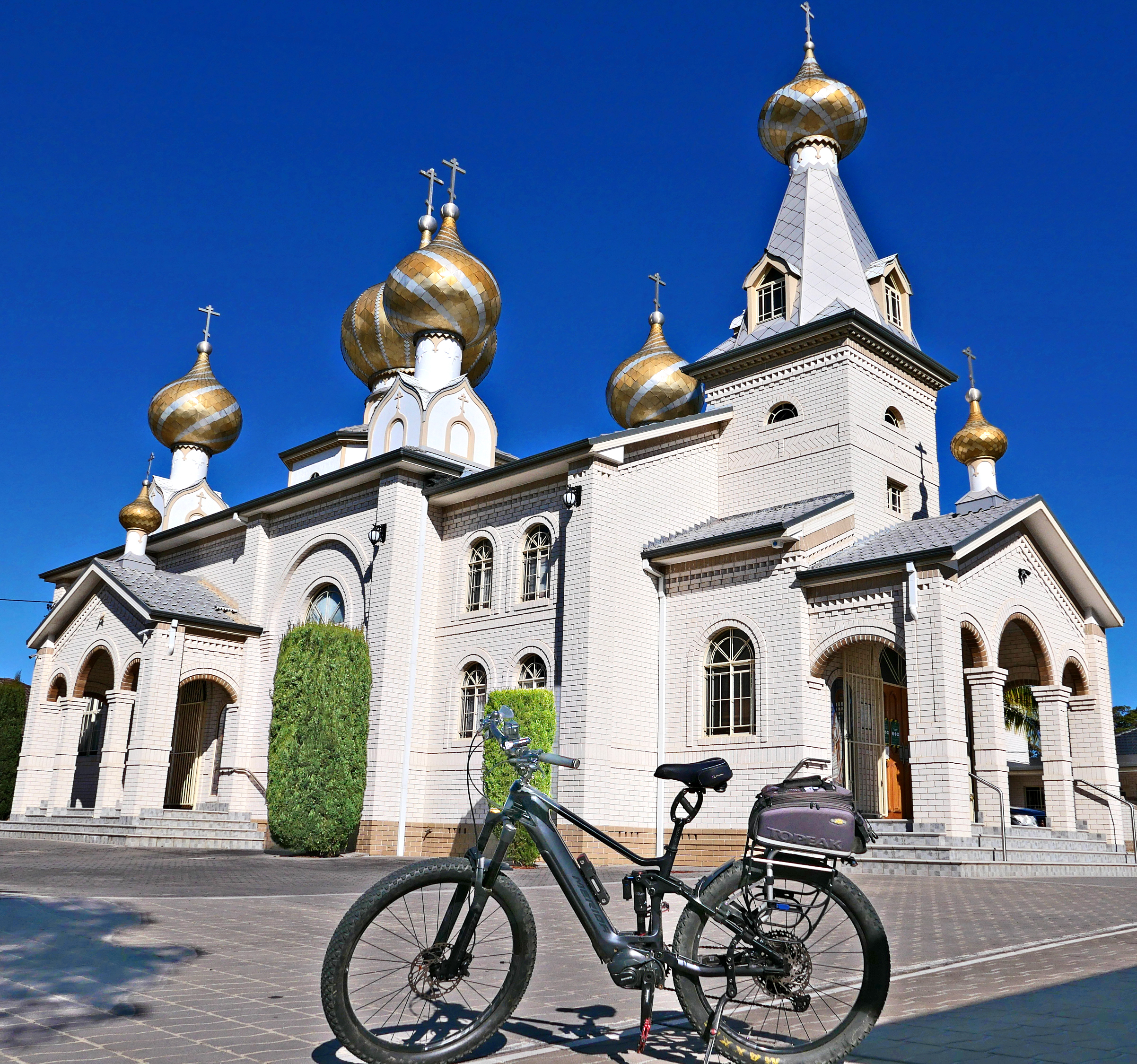 This was a 65km ride over almost four hours (including breaks), all of which was off-road. Once you leave the Parramatta River Cycleway, the main visual highlights come from rivers, a lake, and the cultural diversity of Western Sydney. The ride is mostly on flat terrain and there are endless eatery options along the way. See Strava below for more route details.