For some riders length really matters, so this ride sets out from the southern end of the Northern Beaches to see how far you can get using shared paths. While six different local rides are listed here on eBikerDiary, they each comprise a suburb-cluster whereas this one has a basic north/south orientation. The Strava map includes numbered references to show the direction taken. No roads were ridden on for the entire 55km ride.

In the company of Garry Robinson, the biking guru author of biketrail.blog, we set out from the southern-most suburb of Seaforth, overlooking The Spit. 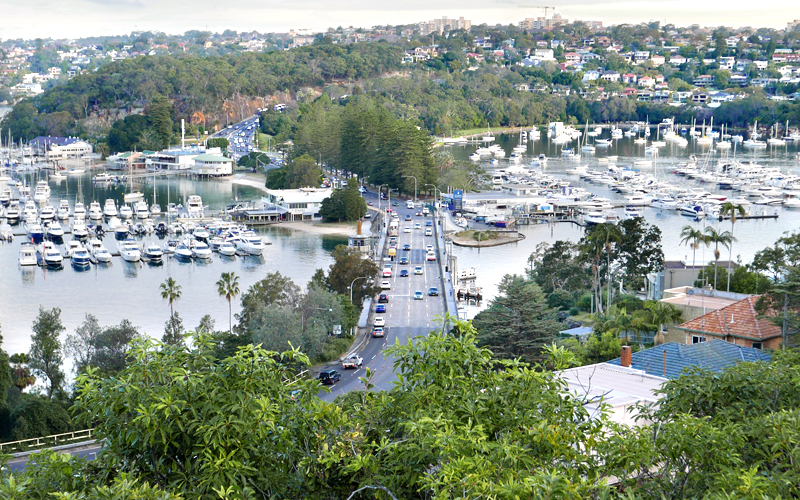 We joined the cycle path behind Seaforth Public School that runs behind the Balgowlah Golf Club. After a single light-crossing, we were on a path behind the Manly Golf Club and Manly Lagoon which then joins Pittwater Road. 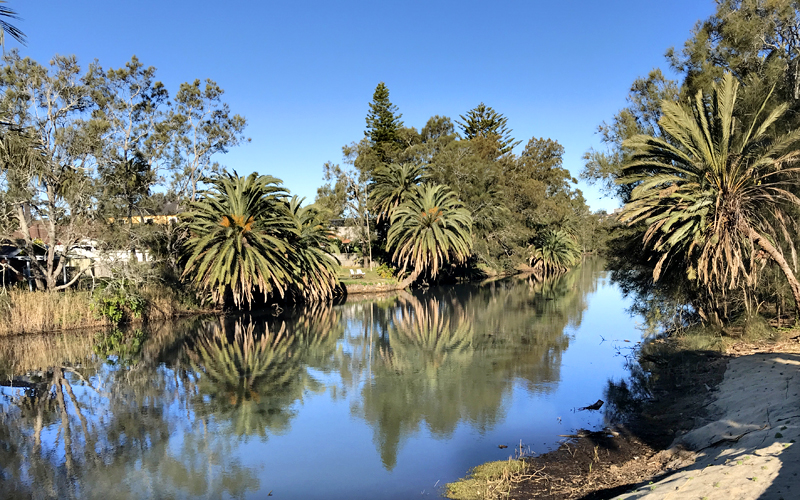 As you reach Warringah Mall, the path swings eastward towards Curl Curl, then turns north to Dee Why Beach, to which Garry excitedly points. 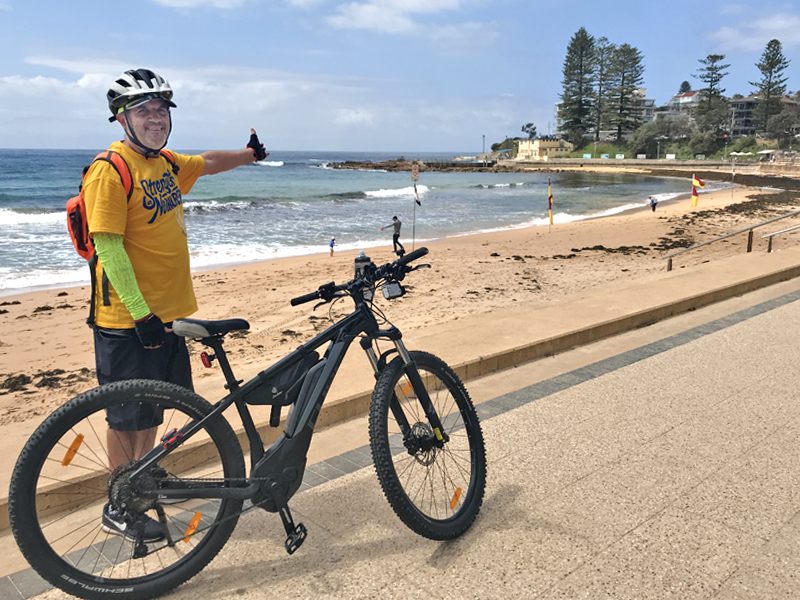 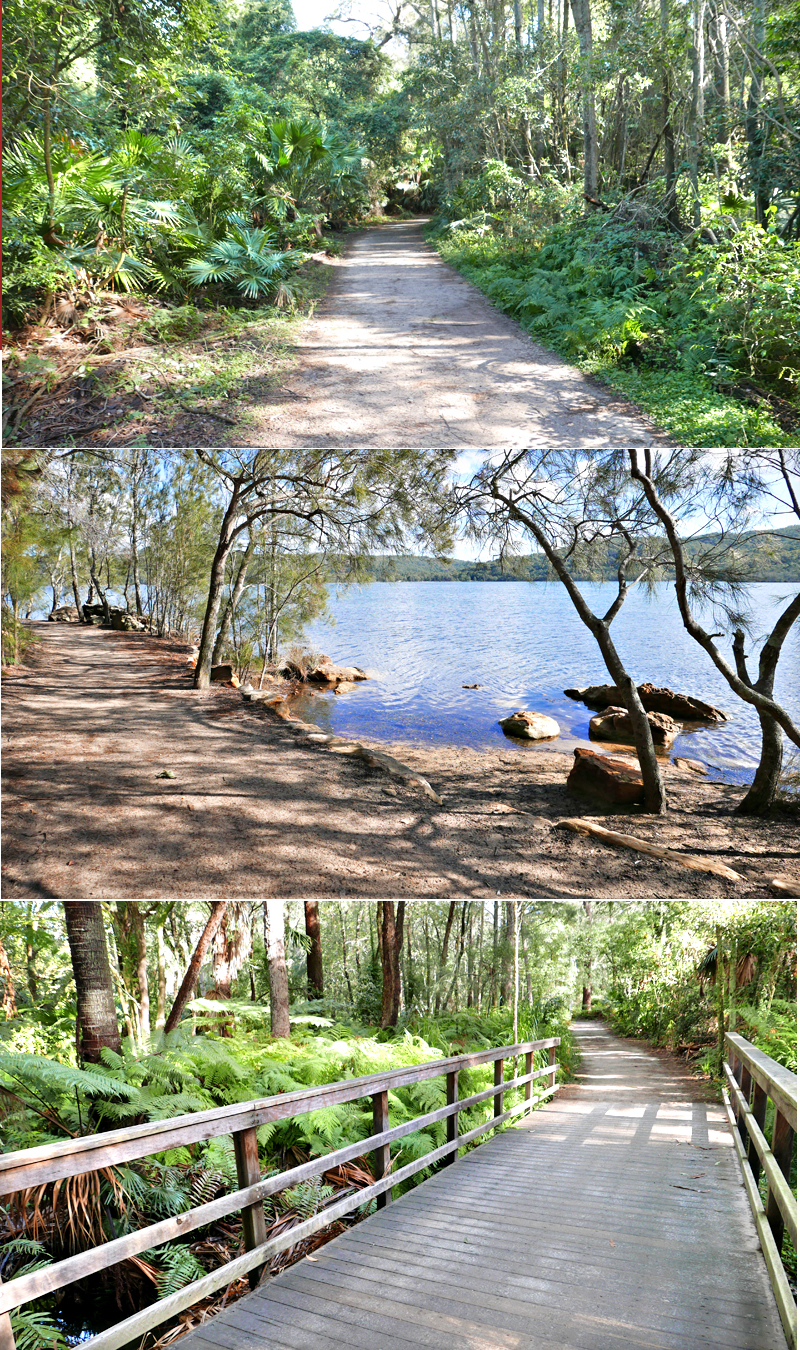 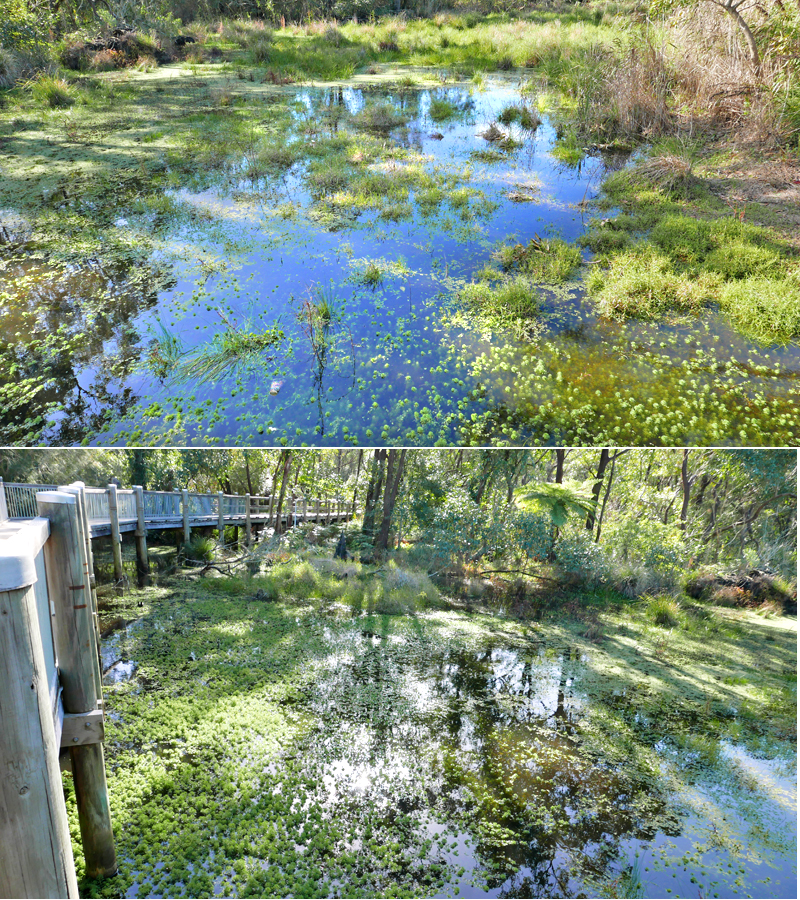 From Warriewood we go north to Mona Vale village for a coffee, then swing east to pick up the new path behind the Mona Vale Golf Club stopping briefly for my turn at a photo in front of sweeping fairways and the ocean. 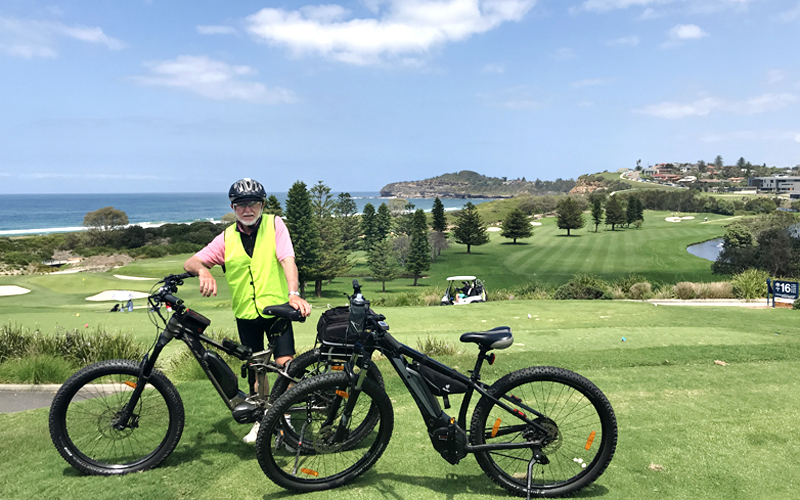 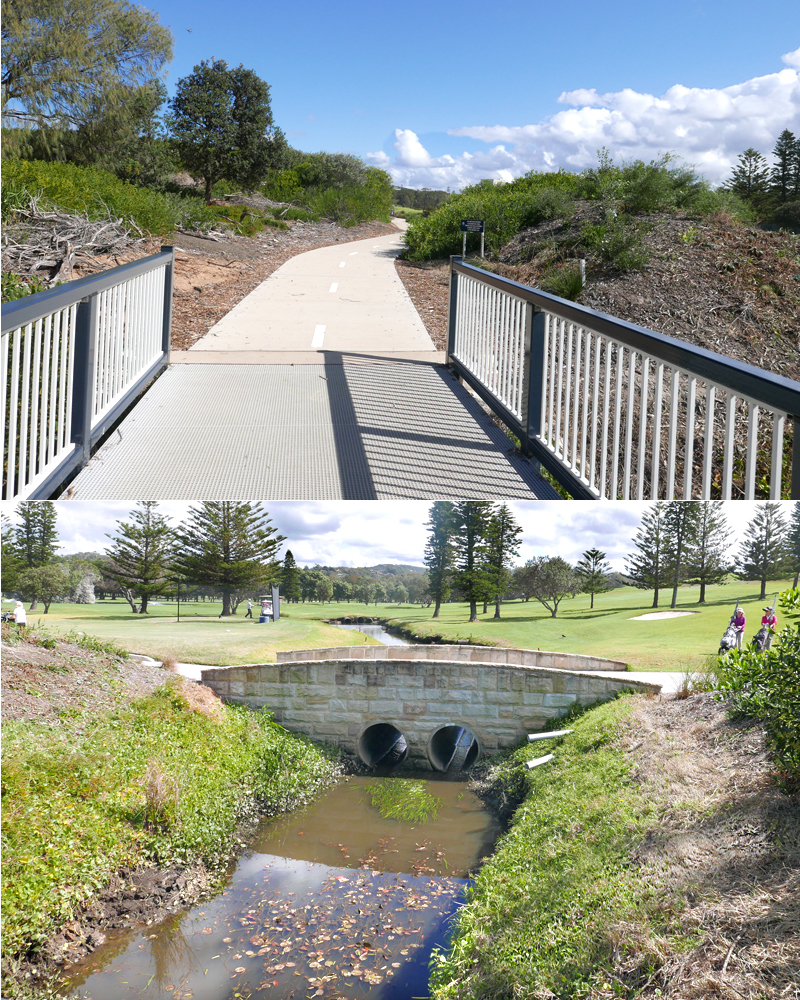 On our return leg, we follow the path past Warriewood Beach to the North Narrabeen Rock Pool and cajole a poor passer-by to take a souvenier photo of two wandering ebike fanatics. 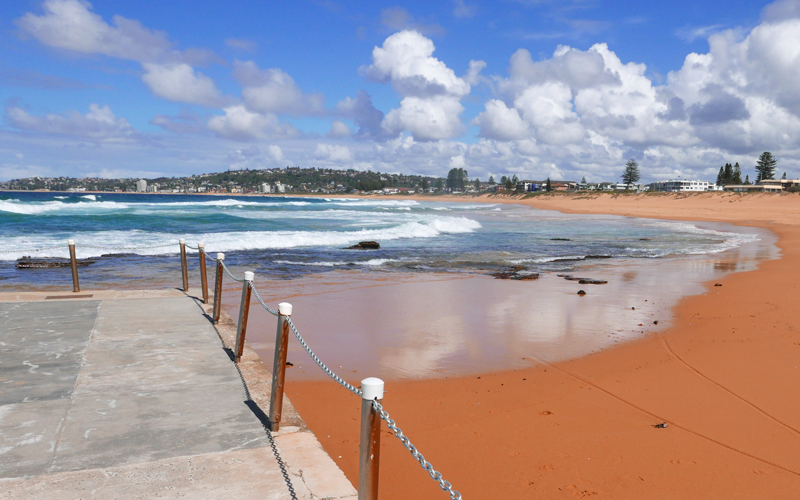 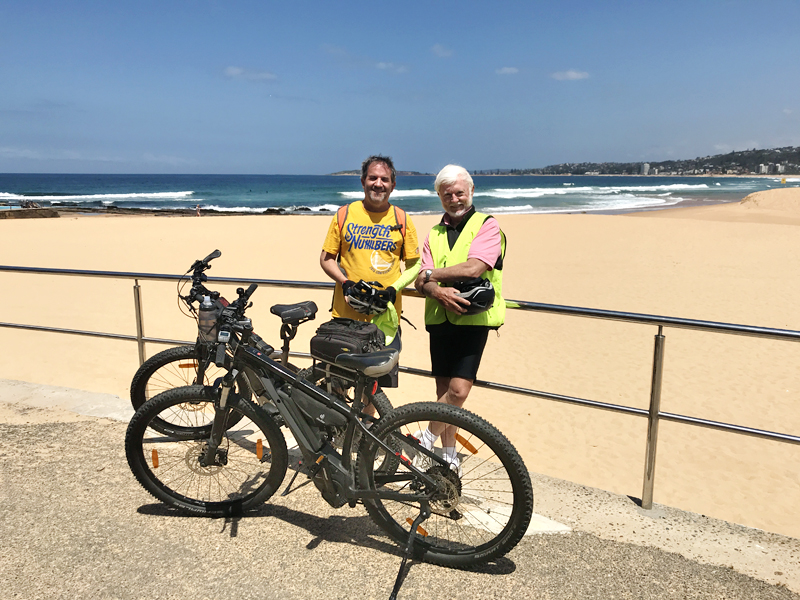 We turn into the path behind Long Reef Golf Club that takes us to the clifftop lookout, over which hang-gliders love to perform aerial ballet. An amazing path between ocean and golf course returns us to Pittwater Road; from there it’s either a one kilometre ride in the bus lane to Dee Why or cross over to the public path on the western side of the road. We took the path. 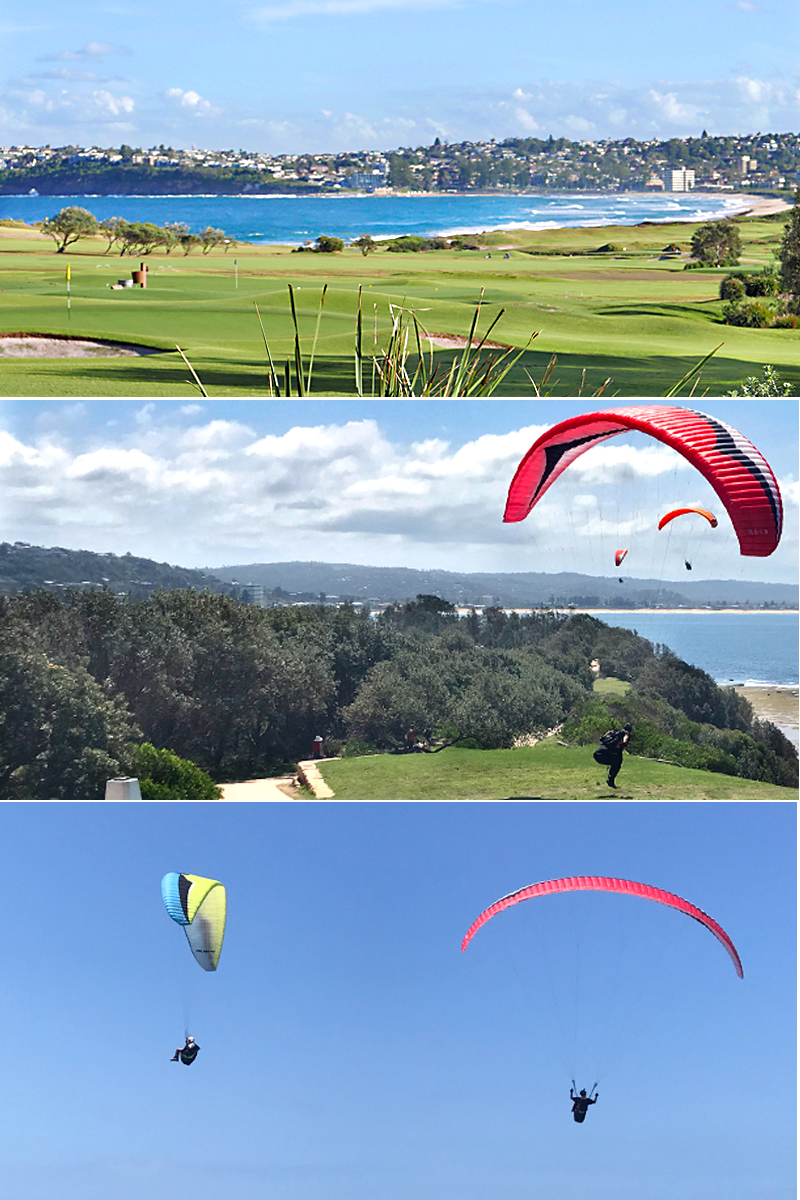 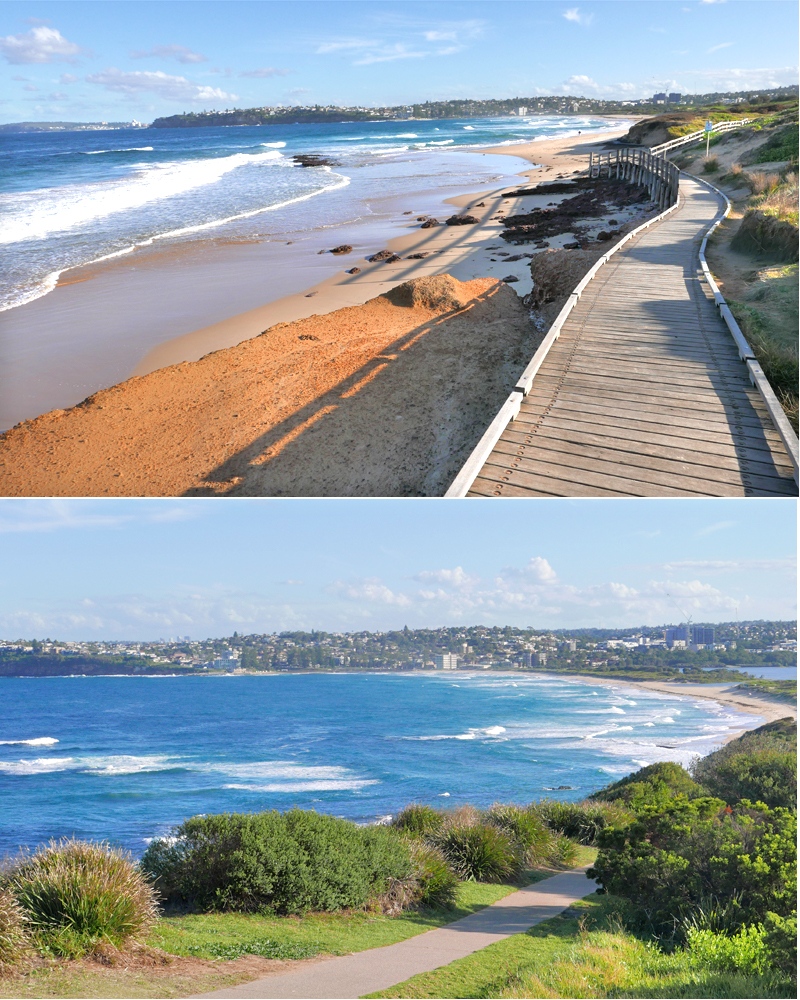 Instead of taking a bee-line home, we divert via Manly Beach which is always worth the effort. From Manly Wharf, we head via Manly Cove to return to where we started in Seaforth. 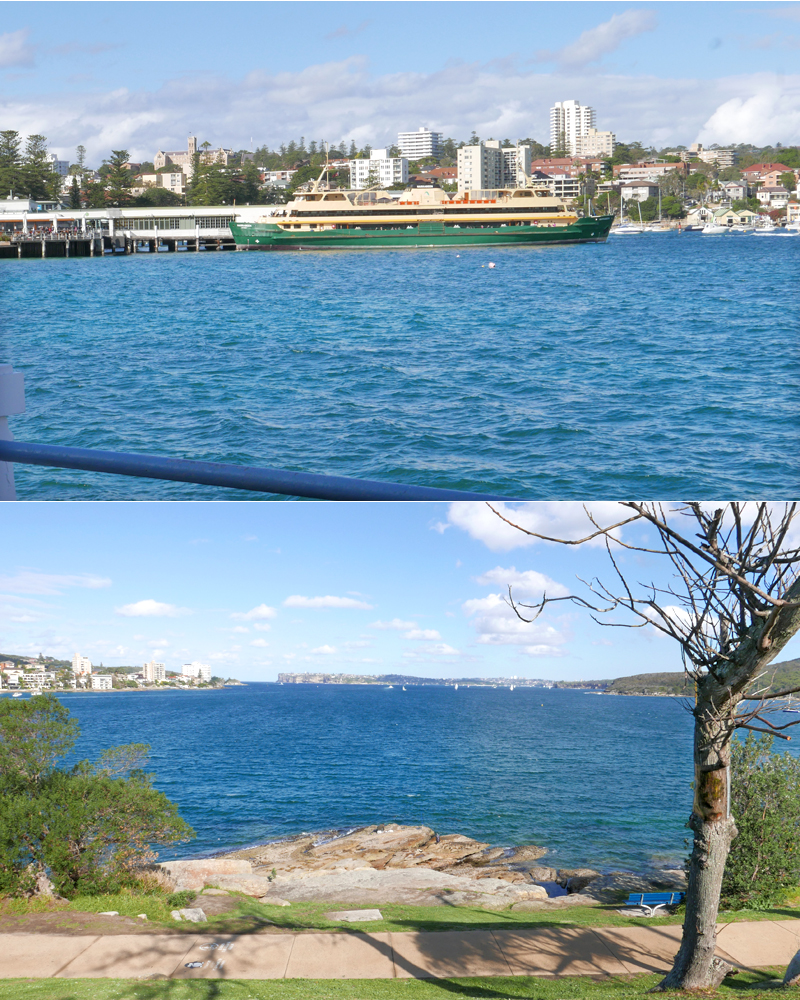 This has been a fabulous ride through one of the most bike-friendly, safe and scenic regions in the country. There are several variations you could take and the ride always feels different. This ride covers the entire length of the Northern Beaches that is rideable on safe paths, and Northern Beaches Council is to be congratulated for its program of continuously upgrading paths. While road cyclists can happily go all the way to Palm Beach, the pathways are not yet ready for road-averse riders beyond Mona Vale. 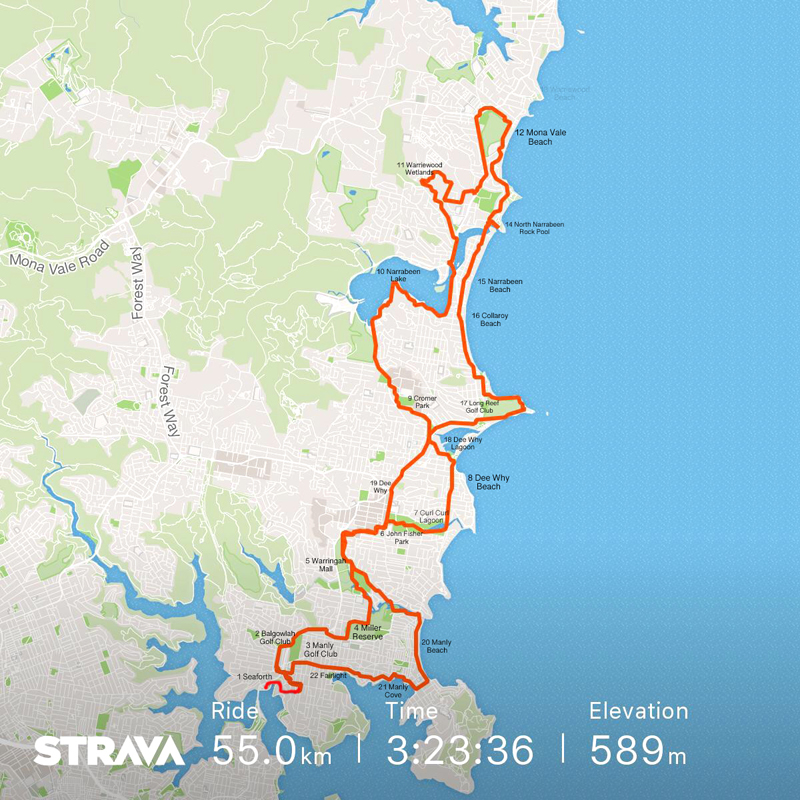