Which cycling route is bounded by the most water, without needing to ride on a single road? The Tempe to Cronulla ride must be up there close to top of the list. If 50kms return is too short for you, the ride can easily be extended by starting another 10km west along the Cook River, stretching the ride to 70kms.

This version started in Waterworth Park, Wolli Creek. The route meanders behind Tempe Station, along the Cook River, through Cahill Park, and then on to Barton Park at the southern edge of Sydney Airport. 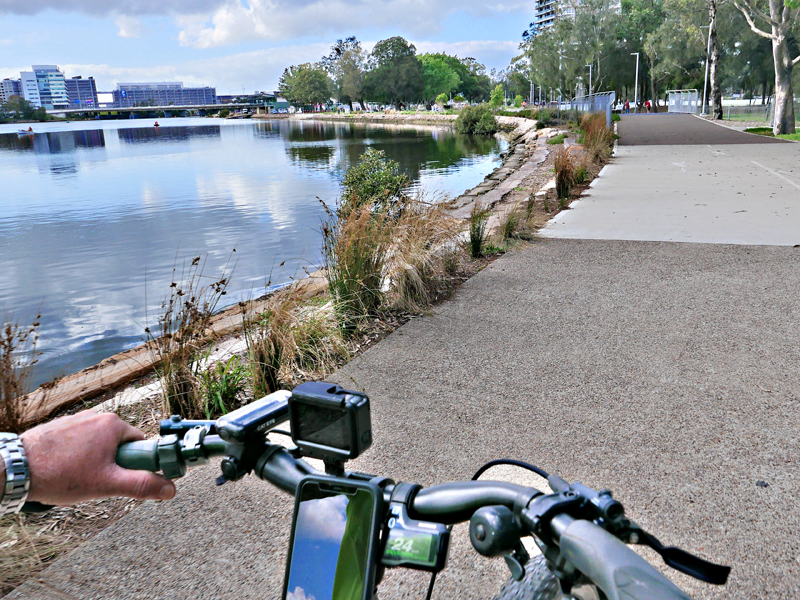 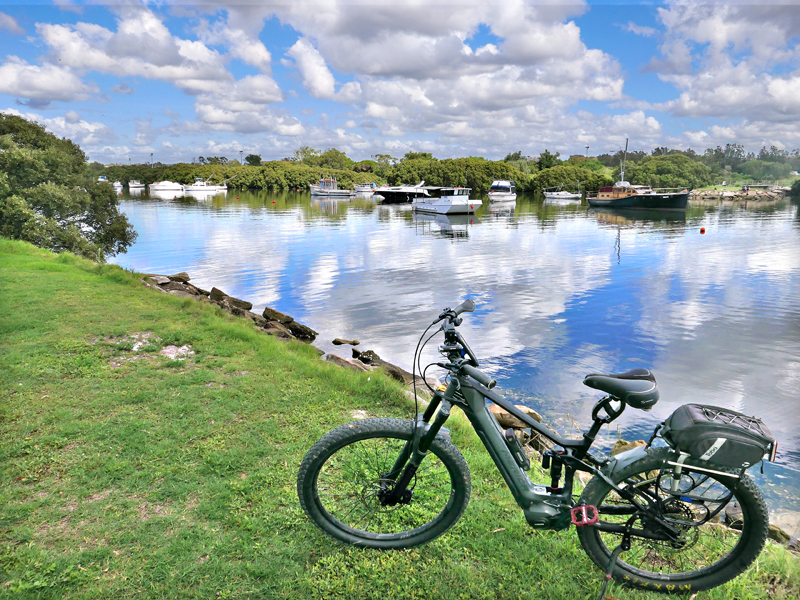 You then join one of the prettiest cycleways in the country, staying adjacent to Botany Bay until you reach Captain Cook’s Bridge. Along the way you pass through the suburbs of Kyeemagh, Brighton-Le Sands, Monterey, Ramsgate, Sans Souci, Dolls Point, and Sandringham. 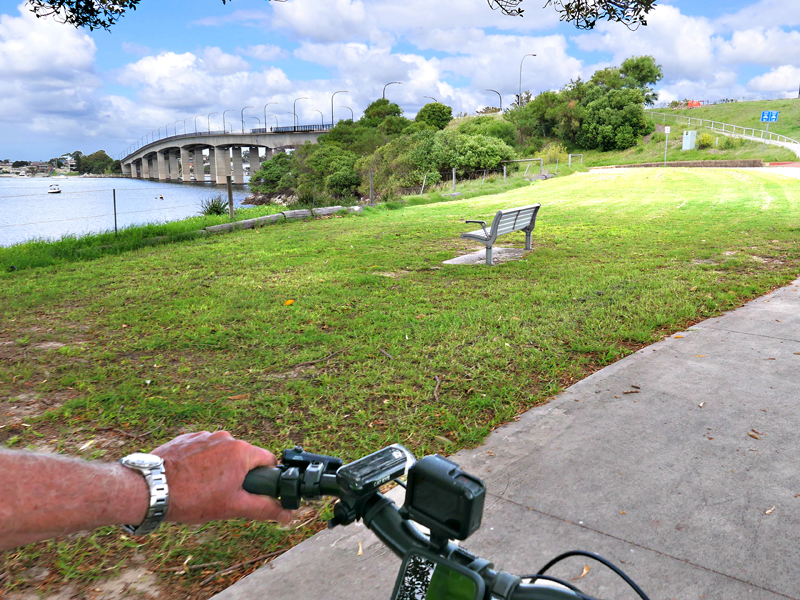 Cross the Bridge into Taren Point, then through Caringbah, Woolooware, and the new suburb of Greenhills Beach to arrive at iconic Cronulla Beach. Stay on the path until you reach Cronulla Village, where you will be spoilt for choice for café’s and bakeries throughout the open Mall.

The return leg can be along the same route or varied, as this one did, by winding your way through the green belt that stretches from Sandringham back to Barton Park. You’ll pass an archery, parks, fields, horse stables, creeks, and playgrounds; this variation is on grassy terrain and better suited for wider tyres.

The almost flat 50kms ride at under three hours can easily be trimmed to suit. The whole ride has been reduced to a short GoPro video showing what to expect on this delightful, safe, and scenic ride: